All zombies are capable of melee damage within roughly 3 studs to a player, the Shop, and the Barricade, although there are some exceptions (Long Arms have a longer reach, Flamers have an even longer reach and use their flamethrower instead of melee). Melee damage occurs at roughly 10 Hz.

Zombs deal 50% reduced damage on Wave 1, with their damage gradually increasing until Wave 6, when they deal regular damage.
This scaling is removed in hard mode and above, therefore they will deal the full damage at Wave 1.

Zombies' movement speed gradually increase every wave, up until Wave 20. All types variate from themselves.

Zombies additionally can scale by levels depending on the mode played. The changes to the zombies are as follows:

Referred to as simply the common zombie by the game, which is by the book since it is the most common type of zombie. The Zombie has roughly a 4 in 5 chance of spawning when a zombie is chosen, depending on the spawn rates of other zombies. Initially at Wave 1, they start with 150 Health, and increases 100 Health each wave until Wave 9. On Wave 10, their health increase with a 1.1 multiplier for the next waves. For every player who is in the server and currently alive, their health increases by 12%, reaching up to 60% for a full 6-player server. They deal 33 damage per second, increasing each wave that passes. Their appearance is basic - a black torso and legs, and their respective skin color.

Gas Can's Agonizing Heat upgrade can slow down all common zombies walking on the fire.

All common and uncommon zombies have a variant, which impacts how much health, movespeed, and head and arm color they have. They each have equal chance of occurring except the player variant which only spawns on player death.

Has 20% more health and movespeed, increased range. Has longer arms, so it can tackle players from farther away. Has a white torso and legs.

Has 20% less health, increased movespeed. Crawls on the ground, so it may be harder to shoot, especially if they're too close. Has a light pastel blue torso and legs.

At higher levels, crawlers have even more movespeed. Starting at level 2 they jump periodically, jumping more frequently and higher at higher levels, and to add insult to injury, they can jump over the barricade, enabling them to attack players behind the barricade directly.

Has 25% more health and 10% less movespeed. Has a paunch or enlarged stomach (inside is presumably explosives or pressurized bile), and explodes on death. Has a green torso and legs.

The explosion is much bigger and more potent at higher levels, potentially killing you instantly even with armor at level 3+. Starting at level 2+ they spawn a common zombie upon death with the same chance of each color as a regular spawn. It is also possible for them to spawn player zombies.

Has 20% more health. Has neon glowing arms. Poisons players on contact, inflicting damage over time and slowing them down. Releases a puddle of poison on death, which also damages and poisons players who step on the puddle. Has a green torso and legs.

The poison becomes more potent at higher levels. Starting at level 2, the toxic puddles heal zombies over time and gives them a speed boost if they touch it and the puddle is bigger.

Has 25% more health, takes less damage from torsoshots. Wears Body Armor. Has a tan brown torso and legs. As of version 4.0 this and Helmet Zombie will always appear simultaneously when introduced.

Has 25% more health, takes less damage from headshots. Wears a helmet. Has a tan brown torso and legs. As of version 4.0 this and Armour Zombie will always appear simultaneously when introduced.

Unique uncommon zombie that only appears at level 2+, this zombie has a chance to replace a Armoured or Helmet Zombie and is basically the fusion between the two. Has 25% more health, takes less damage from bodyshots AND headshots. Can now spawn alongside Helmet Zombies and Armoured Zombies. (Ever since the 4.0 update.)

Has 20% more health, and increased range. Has a fuel tank strapped on its back and a Flamethrower on its left hand. Instead of tackling players with its arms, it will use the flamethrower on players, setting them on fire and dealing damage over time. Has a tan brown torso and legs.

The Flamer can attack from farther away and the fire effect becomes more potent at later levels.

Wraiths only appear in the Forest, Arctic, Swamp, and Cityscape map. In the Canyon map they are replaced with destroyers. Has 50% more health compared to a pale zombie, spawns from the two tunnels near the shop starting in wave 11. They are the only enemy to spawn from the tunnels and their spawn times are more random than those of zombies. Is composed of a translucent black substance, and as a result it's harder to see. Having night vision goggles on will make wraiths look opaque white instead of translucent black, making them easier to see. Shop Snipers need the night vision upgrade to detect and shoot wraiths. On the arctic map, they are called Frost Wraiths, in which they deal 25% less damage but deal 10 freeze. The cap to freezing you is 100.

Starting at level 2, Wraiths are near invisible to players until they are close to one. Wearing night vision goggles will help alleviate this problem, although you still need to keep a keen eye. The detection radius of Wraith decreases the further the level. Frost Wraith detection radius is 50% bigger, and their freeze effect increases to 12.5 at level 2, 15 at level 3, and 20 at level 4.

Destroyers only appear in the Canyon map. In the Forest, Arctic, and Cityscape maps they are replaced with Wraiths. Has 200% more health compared to a pale zombie, spawns underground starting in wave 11 (earlier at higher difficulties). Has a body fused with stone, only the head is bare. Their face is Beast Mode. Just like armored zombies they take less damage from shots other than the head. Their right arm is partially covering their head, making it harder to shoot the head from the front. Ignores players and goes directly for the shop, making it essential to prioritize killing destroyers and more essential to upgrade the shop in the desert map, should they be ignored by players. Also they speed up overtime, making them more dangerous. Shop Snipers don't need night vision goggles to be able to detect destroyers, therefore the related upgrade is absent in the canyon map. Deployables are only 50% effective against Destroyers. Don't forget that the nature of the destroyers can explode upon death.

At higher levels their damage resistance from armour increases in the same way as Armoured Zombies. In addition, they will deal much more damage to the barricade and the shop.

Has approximately 300% health compared to a pale zombie, spawns on the subway entrances starting from wave 11 on the Cityscape map. They stay in the subway stairs waiting to ambush players. After a few seconds or upon being attacked, they will come out and try to attack you. They can climb the rooftop of the shop and they are not lured by Zombie Bait or Pipe Bomb. Deployables are only 50% effective against Lurkers.

At higher levels they will take less time hiding on the stair entrances before emerging. Starting at level 2, they poison you, slowing your speed by 10% and you take damage over time, similar to the toxic zombie.

Has approximately 400% health compared to a Zombie, although it is assumed that their health scales for every player in the server like the boss. Rarely spawns starting from Wave 21. Spawn rate gradually increases until Wave 31, but is always below that of other zombies. Has a white head, arms and torso and berry purple legs. Their face is Green Drool Angry Zombie instead of the regular Zombie Face. Has a Chainsaw on its right hand which they will use on players should the player get too close. Enters a berserk state after taking a lot of damage, moving faster and raising their chainsaw upward. Melee weapons are only 50% effective against Berserkers.

At higher levels, Berserkers go in a berserk state after taking less damage, at level 4 they spawn in a berserk state. Starting at level 2 they now inflict the bleed status effect on players, taking damage over time and slowing them down.

The swamp giant is the latest zombie to be added in the game, and only appears in Swampland. It spawns the same night wraiths start spawning (night 11 in hard and below, night 6 in nightmare, and the first night in impossible) at the beginning of the night at the middle lane. It will start retreating at 05:01. The swamp giant has 375,000% health of a pale zombie and its health multiplier is higher as the game progress. You gain no hit money from this enemy and it does not burn in daylight. Its movespeed will remain the same in the mud water and speeds up on the land. If you manage to kill him, you will be awarded 1000 money and he will not appear for the next 3 nights (for example, if you kill it in night 11, it will reappear at night 14.)

Thumbnail of the game

Rare sighting of the Swamp Giant 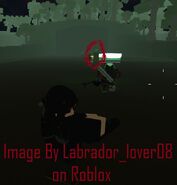 Another rare picture of the Swamp Giant taken on the 31st of January, 2021 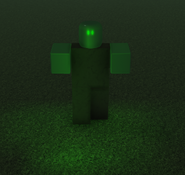 A pic of the swamp giant, including its small green tinted light aura. 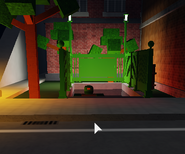 he do be staring
Add a photo to this gallery
Retrieved from "https://finalstandtwo.fandom.com/wiki/Zombies?oldid=6579"
Community content is available under CC-BY-SA unless otherwise noted.